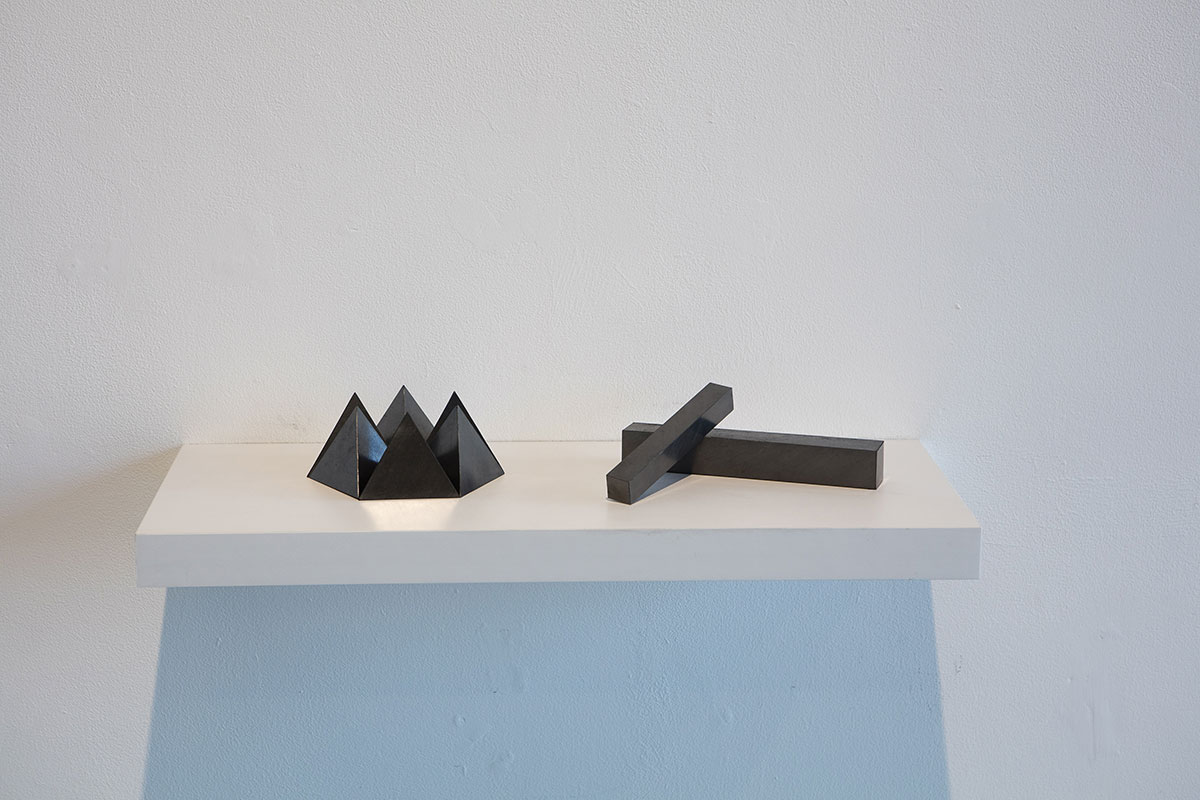 KARST, The Arts Institute, and The Box bring you the Plymouth Contemporary 2021, an open submission exhibition that provides a platform for both emerging creative talent, and more established artists working nationally and internationally. This, the third Plymouth Contemporary exhibition since its hugely successful launch in 2015, continues to support new ideas and a risk-taking approach across all art forms with previously featured artists going on to achieve national and international success. Submissions are now closed.

The theme for Plymouth Contemporary 2021 is Making It. What does ‘Making It’ mean in 2021? The act of making, whether moulding and shaping an idea or a physical artwork, often involves failure, breaking, resistance, serendipity and ingenuity – all of which intertwine and overlap as part of the making process.

Similarly, what does it mean to ‘make it’ as an artist today? From making a difference, activism and DIY culture, to challenging the idea of success and accomplishment, or even overturning traditional notions of presentation and engagement. Plymouth Contemporary invites artists to open up, interrogate, unpick and shake out what ‘Making It’ might mean in terms of contemporary art practice in 2021.

Artists will be selected by a panel of curators, art directors, artists and professionals from three key cultural change-makers within Plymouth: The Arts Institute, University of Plymouth; The Box, Plymouth and KARST, the largest independent, artist-led contemporary art venue in the region.

To support the growth and development of artists, selection panel will also present a series of awards as part of the exhibition’s opening:

Dr Sarah Chapman is Director of The Arts Institute. She is invested in supporting the development of artists and creative practice and has initiated and collaborated on several high-profile commissions and international festivals, including: Plymouth Contemporary; The AI Film Commission; The River Tamar Project; Horizon and The Atlantic Project. Selected curatorial highlights include: Douglas Gordon: Searching for Genius; the international award-winning Moby Dick Big Read; the Ancient Mariner Big Read and the associated national touring exhibition Mariner, which included commissions by Serena Korda, Grace Schwindt, Lucy & Jorge Orta, and Mary Evans.

Ben Borthwick is Head of Creative Programme at KARST and an independent curator and writer. He combines working internationally with artist development and community engagement. He was previously Artistic Director of Plymouth Arts Centre (2014-18) and CEO of Artes Mundi (2010-13), the international art prize and exhibition in Cardiff. From 2003-10 he was Assistant Curator at Tate Modern. He has curated exhibitions and commissions by artists including Bruce Nauman, Rose Wylie, Heather Phillipson, Andrea Büttner, Rosa Barba, Gilbert & George, Latifa Echakhch, Ciara Phillips, Shezad Dawood and Clare Thornton and well as group shows, residencies and a long running artist’s moving image programme in Plymouth Arts Centre’s cinema. He was public programmes curator for two editions of miART, the Milan art fair. Ben is also a trustee of Chapter and has served on many other boards and committees, including as Deputy Chair of Visual Arts South West, the acquisitions committee for FRAC Franche-Comté, the selection panel for the British Pavilion at Venice Biennale in 2013 and as National Advisor to Arts Council of Wales.

Nicoletta Lambertucci is Contemporary Art Curator at The Box. Nicoletta regularly curates shows internationally, and in 2019 she was the curator of the Serbian Pavilion at the 58th Venice Biennale. From 2010 until 2017 she was Curator at the David Roberts Art Foundation, London (DRAF) and worked on projects with artists such as Renate Bertlmann, Sarah Lucas and Laure Prouvost amongst many others. Based in London, Nicoletta holds an MA in Philosophy from La Sapienza, University of Rome and studied Contemporary Art Theory at Goldsmiths, University of London (MA) with a specific focus on knowledge production and history of ideas. In 2011 Nicoletta was Research Fellow at Goldsmiths College where she researched pedagogical approaches in museums’ public programmes in the UK. Nicoletta regularly contributes to CURA. Magazine and has been visiting tutor at MFA London Metropolitan University, Central St Martins and MFA Goldsmiths College.

Nigel Hurst has been Head of Contemporary Arts at The Box since 2018. He joined Plymouth’s major new museum, art gallery and archive from London’s Saatchi Gallery where he spent 23 years in different roles, most latterly Gallery Director and CEO. Nigel curated ‘Making It’ for The Box’s inaugural programme in 2020 – an exhibition featuring work by international artists from the UK, USA, Austria and Brazil. During his time at the Saatchi gallery he led on a wide range of exhibitions that focused on emerging art markets including The Empire Strikes Back: Indian Art Today (2010), Post Pop: East Meets West (2014) and From Selfie to Self-Expression (2017). He also oversaw a series of international touring exhibitions and collaborated on and co-produced exhibitions featuring contemporary design, fashion and music, including Hermès Wanderland (2014), Chanel Mademoiselle Prive (2015) and Exhibitionism: The Rolling Stones (2016).

Heather Phillipson works across video, sculpture, web projects, music, drawing and poetry. THE END, her commission for the Fourth Plinth, Trafalgar Square, was launched in summer 2020, alongside a new online audio work commissioned Art on the Underground. She will also undertake the next annual Tate Britain Duveen Galleries commission in March 2021. Phillipson’s recent solo projects include new works for Sharjah Biennial 14 and the Martin Gropius Bau, Berlin (both 2019), Art on the Underground’s flagship site at Gloucester Road, an online work for the Museum of Contemporary Art Chicago and a major solo show at BALTIC Centre for Contemporary Art (all in 2018).  Phillipson received the Film London Jarman Award in 2016, the European Short Film Festival selection from the International Film Festival Rotterdam in 2018 and is also an award-winning poet. A monograph on her work was published by Prestel in 2020.

Manick Govinda is an independent arts consultant, artists mentor, writer and Counterculture Associate. He was formerly Programme Director for SPACE and previously headed Artsadmin’s innovative artists’ development programme for 19 years, which led to producing film & video installations by internationally acclaimed artists such as 2007 Turner shortlisted artist Zarina Bhimji, 2021 Venice Biennale representative for France Zineb Sedira and Paul Hamlyn Foundation Awardee Larry Achiampong. He is a writer and commentator on diversity, freedom of expression and censorship in the arts. He also curates debates, talks and screenings on contemporary themes of identity, belonging, free speech and Brexit.

Dr Tom Baugh is the Head of Art at Falmouth University where he oversees BA (Hons) Fine Art, and BA (Hons) Drawing, as well as supporting the development of postgraduate research and teaching in the field of art practice. Tom is a Visiting Specialist at the University of Plymouth, and an active artist researcher. He adopts various practice methods associated with filmic projection, photography, and enactment, in the context of installation to re-define, and re-think the term ‘diagnosis’. Tom works with artists, social scientists, clinicians, health professionals, individuals, and groups who have experience of mental health concerns, in order to enlighten others regarding the fragility of the human mind, reduce stigma and increase recovery and autonomy.